We have a information about "The circumstances surrounding ED".

Feel free to contact us with any questions about "The circumstances surrounding ED"you would like to ask by phone ! !

Erectile Dysfunction (ED) is a type of male sexual dysfunction (English: Sexual Dysfunction; SD) and can not express or maintain an erection of the penis, so satisfied with sexual intercourse It can not be done.

Also, according to the definition of the Japanese Sexual Function Association, sexual intercourse can not be performed with 75% or more of sexual opportunity usually.

In recent years, ED has become well established as a general term, and it is also called erectile dysfunction,malformation, etc. in addition to it. 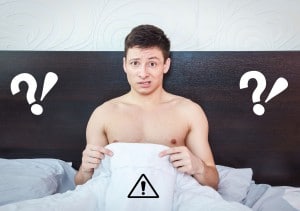 In advanced countries including Japan, there is a tendency for healthy life to be long, and it is also considered that the number of elderly people who want to intercourse even if their age goes up has increased, and ED is the focus of attention in recent years

Currently, it is said that ED therapeutic drugs have market size of more than about 10 billion yen.

Viagra, Levitra, Cialis are said to be the three major therapeutic agents.

It is not yet applied for insurance and it will not be cheap as a routine usage.

After confirming the health condition at the hospital, you can get prescribed.

But it is said that there are still few people going to treatment with ED. Although it is thought that it will change in the future.

Now also go to the hospital with ED treatment ...? !

I have heard that there are many ideas, such as buying "Viagra" on the net quickly and grabbing fakes.

It is nearly time for an ED treatment to go to urology department in the future so that you will never feel ashamed.

And, with the age of "100 Years of Life*", ED treatment will become an essential task in order to live a lifestyle with more life after a middle aged.