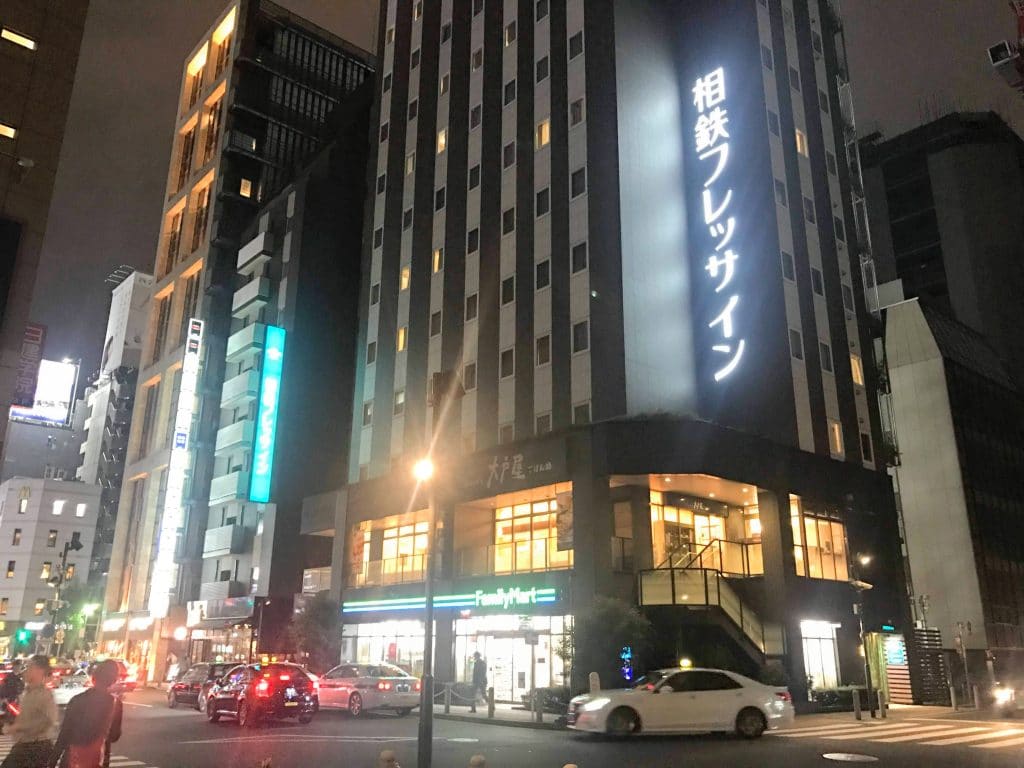 We have a information about Sotetsu Fresa Inn Shinbashi Hibiya-Guchi in Minato ward,Tokyo.

Feel free to contact us with any questions about "Sotetsu Fresa Inn Shinbashi Hibiya-Guchi in Minato ward,Tokyo."

(1) A 200 meters on foot from Uchisaiwaicho Subway Station

(2) A 200 meters on foot from Shinbashi Station

Our guests can enjoy easy access to all attractions in Tokyo.

Here we request customers "pick up".

There is also an "annex" at the hotel.

I do not often come to this place in a relatively early time like today.

In the vicinity "Daiichi Hotel Shinbashi" (Minato-ku), "Ward" will change just by separating one road.

Prior to "Daiichi Hotel Annex" previously it was around 23 pm on weekends etc, probably waiting for employees's reservations for "Tokyo Electric Power Company"? !

I did not move my car due to taxi traffic, but it seems not to be such a thing recently.

Is this also related to the economy? ! There are also such things in other parts of the city center.

On the 1st floor of the hotel there is a "FamilyMart Fresent Shinbashi Store", and guests of the hotel will find it convenient.

There is a hotel in a place which entered "Shimbashi station Hibiya Exit front" of "Sotobori Dori" a little.

When you go to "Sotobori Dori" on the left towards Akasaka, you cross "Hibiya Dori" at "Nishi-Shinbashi" from "Shinbashi 2-chome".

Continue straight ahead and "Akasaka 1-chome" from "Toranomon".

On the other hand, going to the right will be "Shinbashi 1 - chome" at "Daiichi Keihin" and "Showa Dori".

This neighborhood enters "Uchisaiwasecho", the atmosphere changes and it becomes the cityscape of the office town.

Meanwhile, going beyond "Sotetsu Fresa Inn Shinbashi Hibiya guchi" and going over "Sotobori Dori" goes towards "Renga Street" or "Shimbashi area", the atmosphere continues until the middle of the night until the atmosphere of the downtown I can enjoy it.